Finally, the first day of spring is officially here. As if they knew, the very first daffodils bloomed, their little yellow faces shining back at the sun. The magnolia buds will open soon, perhaps even tomorrow. Everything seems so new, in a cycle as old as time. 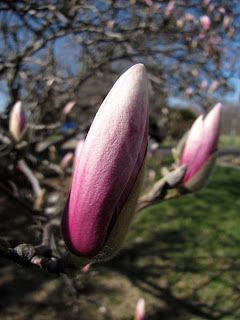 An equinox occurs twice a year, when the tilt of the Earth's axis is inclined neither away from nor towards the Sun, the Sun being vertically above a point on the Equator. The term equinox can also be used in a broader sense, meaning the date when such a passage happens.
The name "equinox" is derived from the Latin aequus (equal) and nox (night), because around the equinox, the night and day are approximately equally long. It may be better understood to mean that latitudes +L and -L north and south of the equator experience nights of equal length. (Wikipedia) 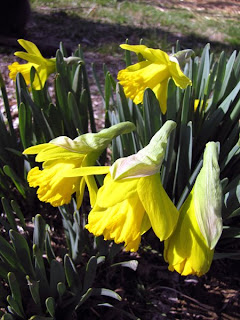 Christianity and other religions associate three themes with the vernal equinox:

Conception and pregnancy leading to birth six months later at the time of the winter solstice. The Bible appears to contain internal evidence that Yeshua of Nazareth (Jesus Christ) was born in the Fall of the year. Some suggest that the early Christians set Yeshua's birthday, Christmas, at the approximate time of the winter solstice. That would have placed his conception about the time of the spring equinox.
Victory of a god of light (or life, rebirth, resurrection) over the powers of darkness (death).
The descent of the goddess or god into the underworld for a period of three days. This is such a popular theme among religions that mythologists refer to it as "the harrowing of Hell." from http://www.religioustolerance.org/spequi1.htm 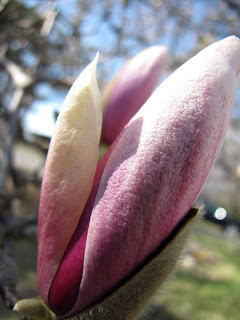