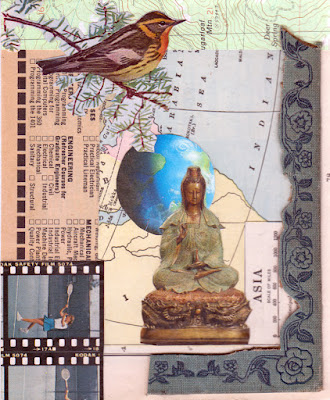 
The goddess Kwan Yin, also known as Guanyin, Kwannon, and many other similar names, is ubiquitous among Asian religions. According to Wikipedia:

"Guanyin is an East Asian deity of mercy, and a Bodhisattva (an elightened being who vows to reincarnate until all beings are enlightened) associated with compassion as venerated by Mahayana Buddhists. The name Guanyin is short for Guanshiyin, which means "Perceiving the Sounds (or Cries) of the World". She is also sometimes referred to as Guanyin Bodhisattva. ....

...It is generally accepted among East Asian adherents that Guanyin originated as the Sanskrit Avolokitesvara. Commonly known in English as the Mercy Goddess or Goddess of Mercy, Guanyin is also revered by Taoists as an immortal. In Chinese folk religion there are mythical accounts about Guanyin's origins that are not associated with the Avalokiteśvara described in Buddhist sutras."

As an aside, I'm honored to say that my artwork has been published in Alisa Golden's lovely literary magazine, *82 review, issue 3.2. Check it out here. Many thanks to Alisa for the honor. 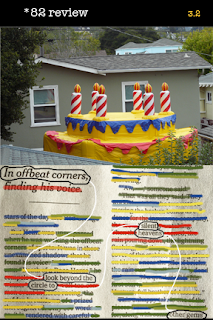 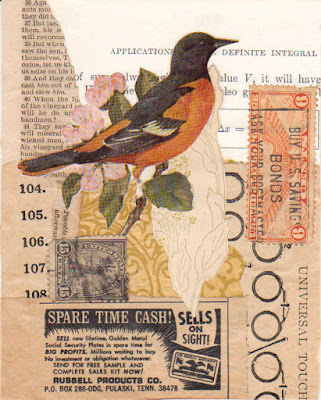 
“She said she usually cried at least once each day not because she was sad, but because the world was so beautiful and life was so short.”
~author unknown


“Forget past mistakes. Forget failures. Forget everything except what you’re going to do now and do it.”
~William C. Durant


The important thing is this: To be able at any moment to sacrifice what we are for what we could become.
~ Charles DuBois 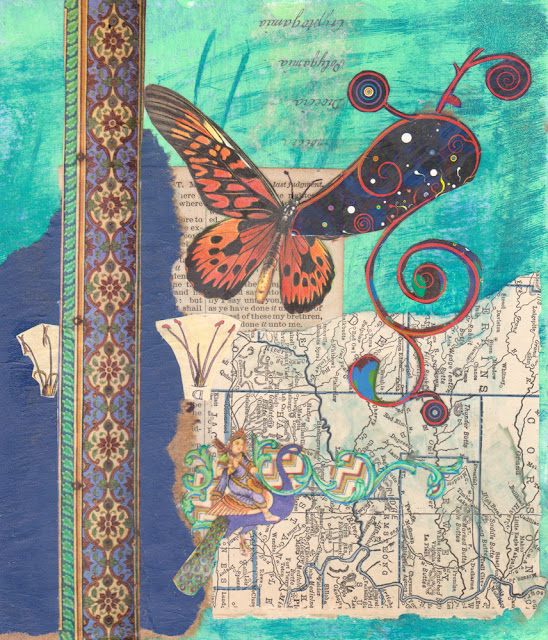 Dream
collage on board, 7 x 6 inches

“And I learned what is obvious to a child. That life is simply a collection of little lives, each lived one day at a time. That each day should be spent finding beauty in flowers and poetry and talking to animals. That a day spent with dreaming and sunsets and refreshing breezes cannot be bettered.”
~ Nicholas Sparks, The Notebook


For me, time is the greatest mystery of all. The fact is that we're dreaming all the time. That's what really gets me. We have a fathomless lake of unconsciousness just beneath our skulls.