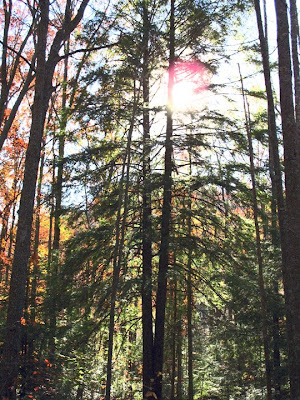 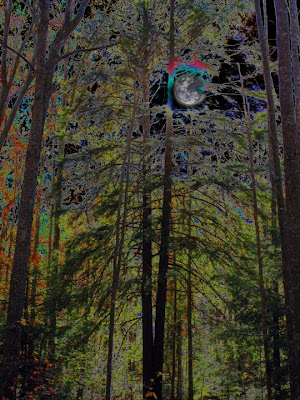 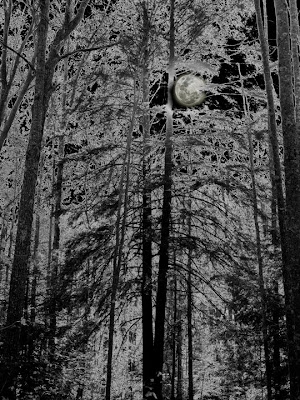 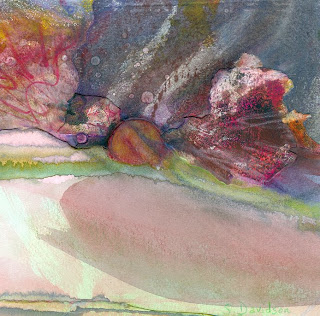 I actually finished this piece a couple of weeks ago, but just didn't post it because I wasn't 100 percent totally sure it was finished. Making decisions is not one of my assets as a human being, but let's just not go there... I have a couple more of these in the works, but as I might have mentioned before, I feel like this series has almost run its course, or come to an inevitable conclusion, or is stale and boring (at least to me). I really want to move on to something different, but I'm not sure exactly what. Once again, the old indecision problem has reared its ugly head. If any one has ideas or experiences you can share about how to handle this transition, please let me know.
Posted by Sharmon Davidson at 6:52:00 PM 3 comments: 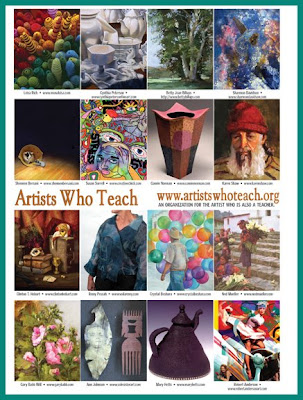 This ad featuring several members of Artists Who Teach will appear in the February issue of American Style Magazine. (My piece is in the upper right corner.) This is really a nice, high quality arts magazine with great images and articles, and I'm happy to be included in the ad. Hopefully it will provide some exposure if nothing else, which can't hurt. Also, I can't say enough about the diverse originality you'll find in the work of the members of Artists Who Teach; check out the site for some inspiration. I feel honored to be a part of this organization.
Posted by Sharmon Davidson at 9:31:00 PM 1 comment: 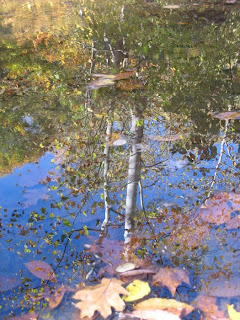 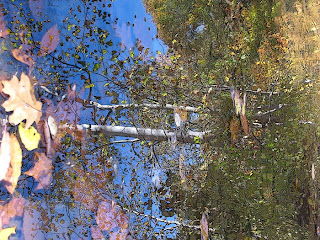 I thought this photo (top) looked a bit like stained glass. It reminded me of Kathleen's beautiful glass work. The second version is my attempt to make it appear more glass-like. The upshot of all this is that I'm using Photoshop as a diversion from my other work because I'm blocked- absolutely no idea what to do. Sometimes I find it's best not to try to force it, but instead to step back and do something else for a while. I'll let you know how that goes. But I am having lots of fun with the photos, for now.
Posted by Sharmon Davidson at 8:05:00 PM No comments: 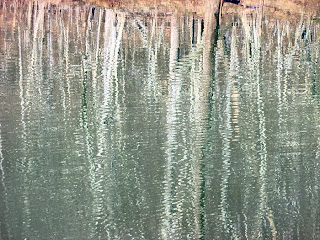 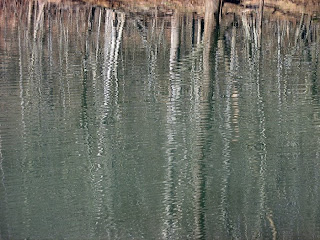 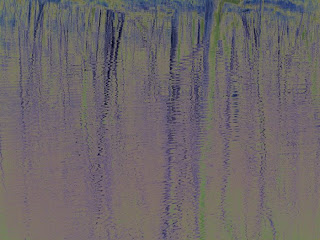 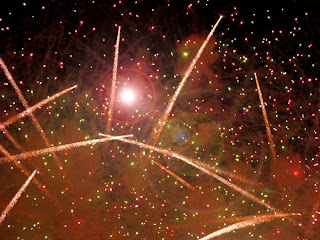 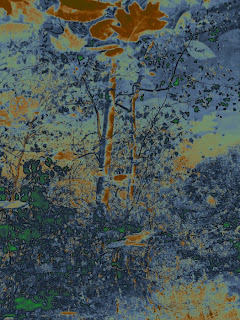 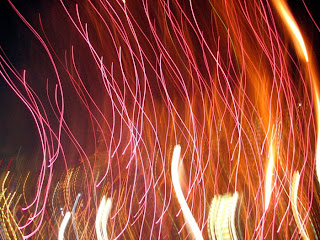 I've had a lot of fun lately (and frustration, too, I must admit), trying to expand my Photoshop abilities beyond just re-sizing things. I'm kind of in a 'stuck' place with my art, so I began to play around with some of my photos. I guess there's less pressure with them, because I've never really considered myself a serious photographer, or exhibited my photos as "ART" (whatever that means). Anyway to get to the point, I was thinking of photos as abstracts. I know many people use the terms "abstract" and "nonrepresentational" interchangeably, but when I was in school, I was taught that abstraction was making images that had a basis in reality. For example, Picasso's figures may have two eyes on one side of their faces, but you know they're based on people. In contrast, the work of Mark Rothko or Jackson Pollack would be considered nonrepresentational because they don't reference anything in the real world. Of course, all of this is arguable and pretty vague; they may have based their work on something real at times.
But now I'm rambling. What I've tried to do, essentially, is take real things as recorded by the camera and see how far I could push them into abstraction by altering them with Photoshop. None of these photos are cropped, by the way. Let me know what you think. Can you tell what they are?
Posted by Sharmon Davidson at 2:08:00 PM No comments:

That is the question. It seems that I should have a business card and letterhead, so I'm trying to design something. Here are two I've come up with so far. What do you think?
Posted by Sharmon Davidson at 7:52:00 PM 4 comments: