During my recent internet excursions, I've come across some very unique art. You've got to see these! 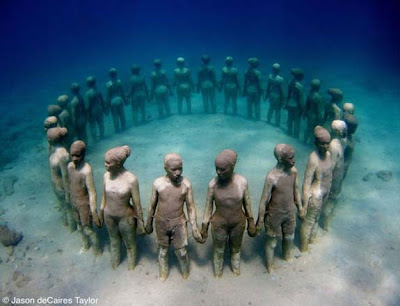 I've never seen anything like this.  Jason de Caires Taylor makes life-size cement sculptures, then submerges them in the ocean... 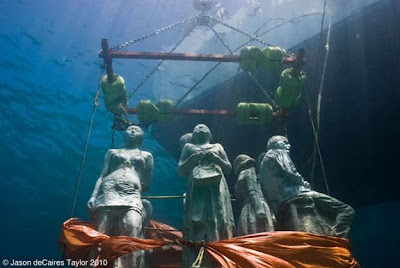 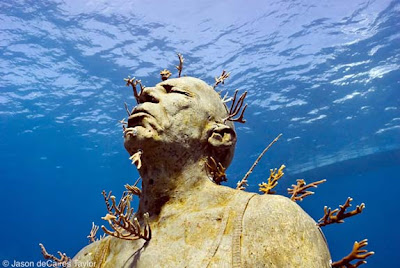 With the passage of time, they become habitats for the little sea creatures, who gradually alter the appearance of the sculptures. 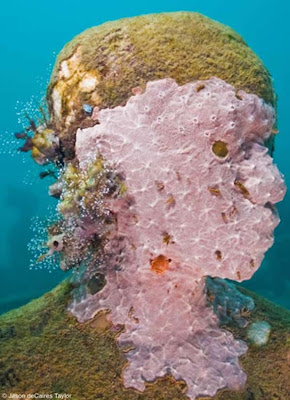 You can see more photos of this amazing installation and read the entire article, Drowning Beautiful,  here.  I encourage you to visit his website, where you can read more about his work, and watch the lovely videos that provide extended, 360 degree views of the works in situ.


Next, I'd like to direct your attention to the work of Siba Sahabi, an artist whose stated intention is to "build a bridge between the orient and the occident." 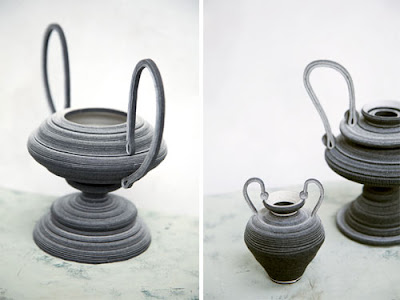 From  "Bucchero" series
I don't know about that, but I know that what she has built is incredible- all these pieces are made of paper! 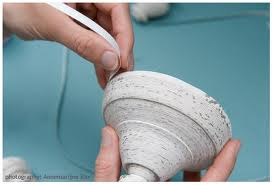 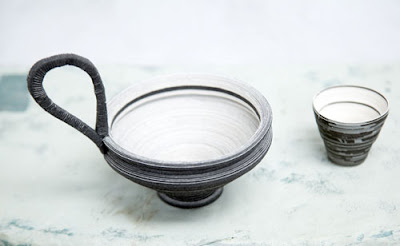 "Bucchero" series
It seems to beg all kinds of questions, such as, to begin with- HOW?  I can't even imagine how you'd begin, and then, how you would keep it so perfectly round and even? 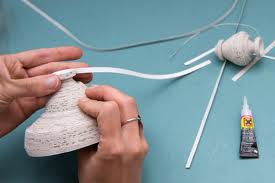 And how long would it take to make one?  I mean for her, not me, because it would obviously take me the rest of my life... And while we're on the subject of the completely unbelievable... 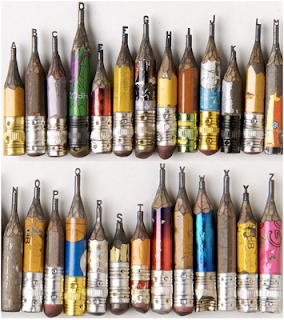 Have you ever seen the pencil lead sculptures of Dalton Ghetti?  Take a closer look... 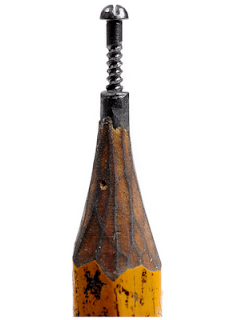 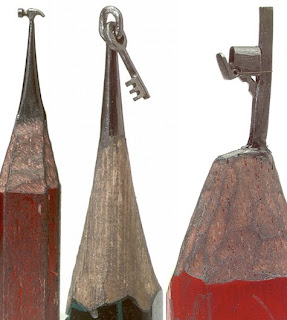 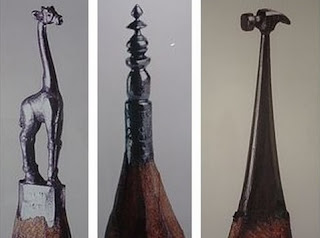 I'm completely dumbfounded.  This guy must have amazingly steady nerves, not to mention uncommonly acute eyesight. 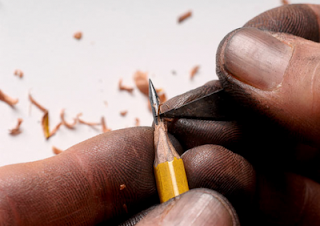 Dalton Ghetti uses only a razor blade, sewing needle and sculpting knife to carve these minute works. According to this article, he even refuses to use a magnifying glass and has never sold any of his work, only given it away to friends.  Though he doesn't have a website, you can find several good articles if you google his name.  He also had a show at the Silvermine Art Center in Connecticut.

This one took him two and a half years.  Are you amazed yet?
Posted by Sharmon Davidson at 8:31:00 PM 14 comments:

The art teacher and I sponsor an after-school art club at the middle school where I teach.  I thought the kids might like to make butterflies for the Butterfly Project, an online art collaboration organized by Trudi Sisson of Two Dresses Studio.  All of the butterflies sent to her will be displayed on Trudi's blog, so the students were pretty excited about the prospect of getting to see their creations on the internet.  They couldn't believe their work would someday be on display in the Holocaust Museum in Houston.

We gave them a wide range of media choices, lots of materials, and let them go at it.  All they had to provide was the creativity, and there was certainly no shortage of that! 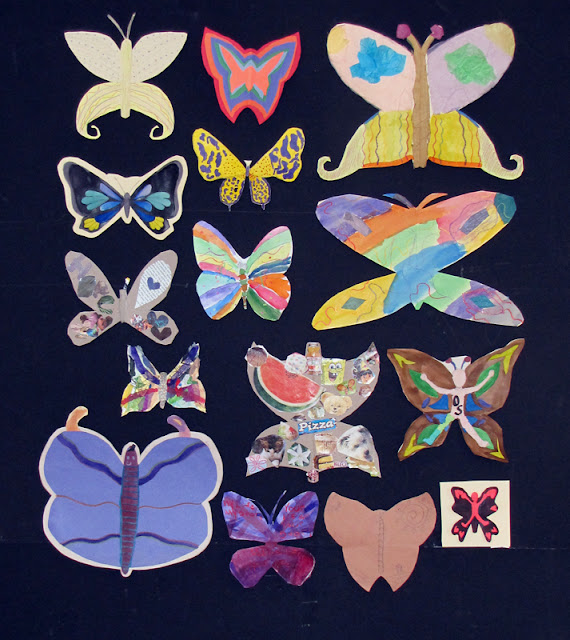 Here are their creations, ready to send to the Butterfly Project.  How cool is that?  I'm so proud of them!

If you want to join, click "Butterfly Project" above, or you can click the icon on my side bar.  Happy flying!


I was just notified by Seth Apter of  The Altered Page that my entry will be featured in today's posting of  Collector's Edition: Chapter 7.  This is part of a huge ongoing series of collaborative online art projects that Seth dreamed up and has been coordinating for some time now, called The Pulse: The State of the Art. I'm so grateful to be a part of this amazing project, as well as a part of the online art community it chronicles.  There is lots of cool artists' stuff  featured today, so get on over there and check it out!
Posted by Sharmon Davidson at 11:20:00 AM 9 comments:

Here's How It Is

Well, here's how it is:  I am a bad blogger.  At least, that's how I feel sometimes- not guilty, really- just kind of disappointed that I've been unable to keep all the balls in the air. 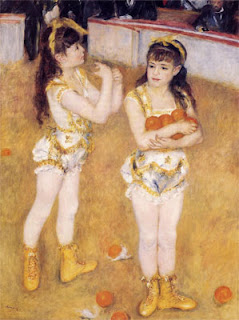 "Jugglers at the Cirque Fernando" by Renoir
I can't post every day, or even every other day.  Right now, I'm lucky if I can post once a week.  I feel bad when I don't have enough time to leave witty and insightful comments on all of my friends' posts, if I even get a chance to look at them.  Admittedly, I feel at times like I'm seeing them the way one sees the gorgeously tantalizing flowers in the neighbor's garden from the window of a speeding car. 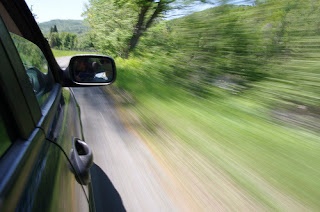 I feel inadequate, but all I can say in my own defense is that even the best juggler (which I certainly am not) can get caught up in trying to juggle more balls than he/she can handle without the addition of some extra appendages.  (Yes, I realize I'm mixing my metaphors again; it's like a big ol' metaphor soup up in here.) 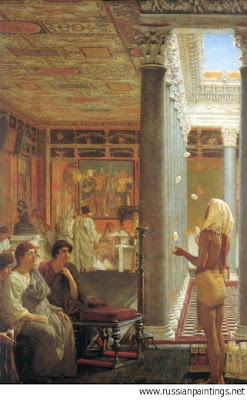 "The Egyptian Juggler" by Sir Lawrence Alma Tadema
So, I've been wracking  my brain about how I could resolve this problem.  It came to me like a bolt of lightening out of the sky (no, that's a simile!)- there really is no way to solve this conundrum short of somehow bending time. 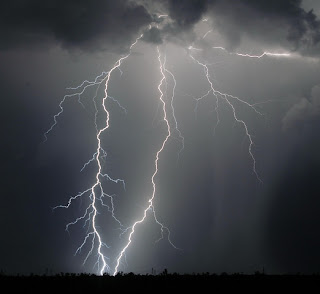 This may be possible in theory, but not even Einstein had the slightest inkling how to apply it to our every day lives.  Where's my Wayback Machine when I need one?

But then I was reading a post on Rice Freeman-Zachery's wonderful blog, Notes from the Voodoo Cafe, that made me feel a bit better about the whole thing.   She says this about working artists:
"You try to get in touch with them, and they don't respond, and you think, scornfully, "Diva!" But that's most often not it (sometimes that's it, but not very often). Usually it's because they have a certain day of the week in which they respond to email because the other days are a flurry of all the various things they have to do to try to stay afloat in an economy that bites and a culture that doesn't value working artists."


She goes on to say that most of us have to decide what we're going to give up in order to make art a priority, such as TV and the internet (except for blogging, of course).  I have to agree; it's all about prioritizing.  I rarely watch TV, except for the news and a couple of other shows.  I don't have a social life, and my house probably isn't the cleanest, if you know what I mean. My husband graciously does most of the cooking. I try to answer emails, but sometimes it takes me a while.  Sometimes I forget to respond to comments on my blog posts, but that's due to the age of my brain, and is not at all  intentional.

I used to try to accept the fact that I didn't have the time to make art, but I failed in that effort, because I was miserable.  I came to realize that I would have to make that time by deciding not to spend it on other things, like watching TV, or going out for drinks.  If I have to cook, I'm probably not going to make something that takes three hours to prepare, and I made a deal with the dust bunnies that if they don't look at me, I won't look at them.  If I have to work a full time job, then shouldn't part of the reward for that be that I get to spend my off-time doing something I love? 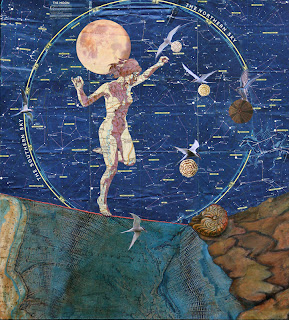 The Traveler's Tale: Balance
It's a balancing act, without a doubt- full time job, making art, marketing the art, etc.- but it's something I have to keep trying to work out as best I can. We may not be able to adjust time, but we can adjust our thinking.  It really is, ultimately, all in how we look at it.