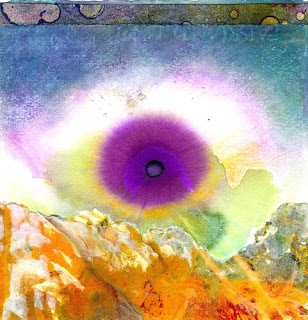 Just wanted to post this quickly before going out of town for a few days. Happy Spring! 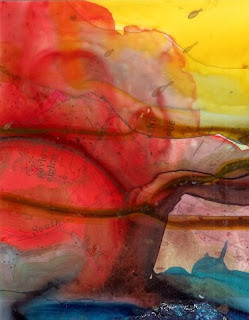 This piece is not part of either the Seed Mandala Series or the Transformations Series. It was inspired by the strange weather we've had lately (go figure) across the whole country, both literally and figuratively. 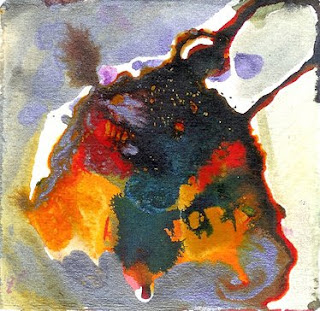 Sometimes I make up funny names for these, based on what they remind me of. For instance, there are a couple that look like uteruses (uteri?), and others that bring to mind native American designs, galaxies, butterflies, or whatever. There was no intention to make them that way; I let chance or spirit or flow have a part in making these. Like seeing shapes in the clouds, people see completely different things in them - often something to meditate on. well, you might not want to meditate on Moth-man death-star... 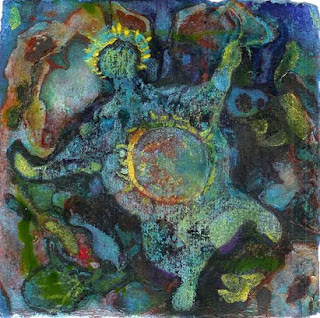 I haven't posted much on here lately because I wasn't feeling well. So, to sort of make up for the gap I'm posting two paintings today. This one has been through many transformations and permutations, and finally ended up a dancing Earth goddess. Believe it or not, most of these mandala pieces end up in the garbage. Abstract art is a lot harder than I ever thought it would be. Blessed be! 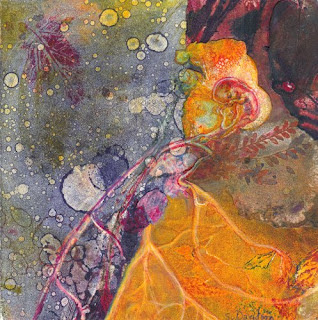 All of the matter and energy in the entire universe was once contained in "a space so small that it would make a proton look enormous." (Bill Bryson, A Short History of Nearly Everything) This, according to many scientists, was the situation before the Big Bang. Some experts think there may have been untold numbers of universes before this one, constantly expanding and then contracting back to that tiny point of matter. That we exist in this one is, they say, simply a matter of chance. "Although the creation of a universe might be very unlikely, Tryon (of Columbia University) emphasized that no one had counted the failed attempts." What were the other universes like, I wonder?
Posted by Sharmon Davidson at 6:50:00 PM No comments: 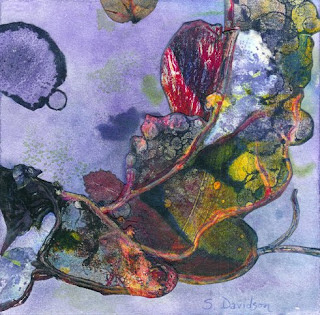 I have no idea what else to say about these. What do people want to know? Does anyone really read these? I'm sure no one wants to know about my dull life; I have no stories to tell, unless I make some up. So instead, I'll quote Carl Sagan: "Not all of our ancestors made the same sharp distinction we do between Earth and sky. The grandparents of the Olympian gods were...Uranus, god of the sky, and Gaia, goddess of the Earth. ancient Mesopotamians had the same idea. The chief gods of the Konyak Nagas of India today are called Gawang, "Earth-Sky", and Zangban, "Sky-Earth". That's where we live. That's where we come from. The sky and the Earth are one." 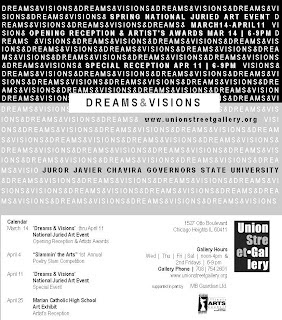 I have a piece in this juried show in Chicago Heights. If you're in the area, check it out.
Posted by Sharmon Davidson at 8:21:00 AM No comments: