Collage as an Art Form


There is just something about collage; I'm not sure if I can really find the words to explain why, but it continues to fascinate and mesmerize me like nothing else.  Is it because of the juxtaposition of disparate elements?  How do things that came from such different sources manage to look so right when glued next to one another? It seems very mysterious, almost magical at times, like some weird form of alchemy.  In short, it defies logic.

I believe that magic is art and that art, whether it be writing, music, sculpture, or any other form is literally magic.  Art is, like magic, the science of manipulating symbols, words, or images, to achieve changes in consciousness.      ~ Alan Moore 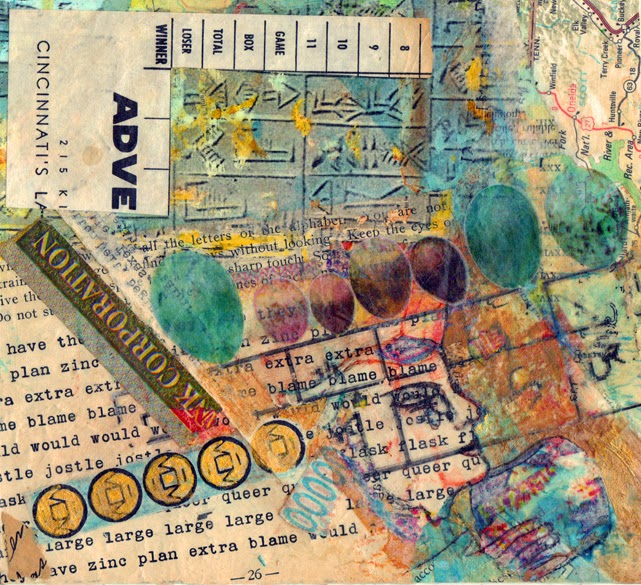 Don't Put All Your Eggs in One Basket

Making collages, however, at times seems a lot more difficult than it should be, at least to me. It's something of a challenge for me to coax those elements from diferent times, places and applications into looking as if they magically go together. I like a challenge, though, which is probably one of the things that drew me to collage in the first place. Others, however, appear to do it effortlessly. Those are the artists I'd like to focus on in this post.

Collage is an artform that has really come into its own in recent years, with the growing popularity and ever-widening diversity of mixed media art. I think it's important to note that collage has gained much credibilty and respect considering that it is an artform that began only 100 years ago. 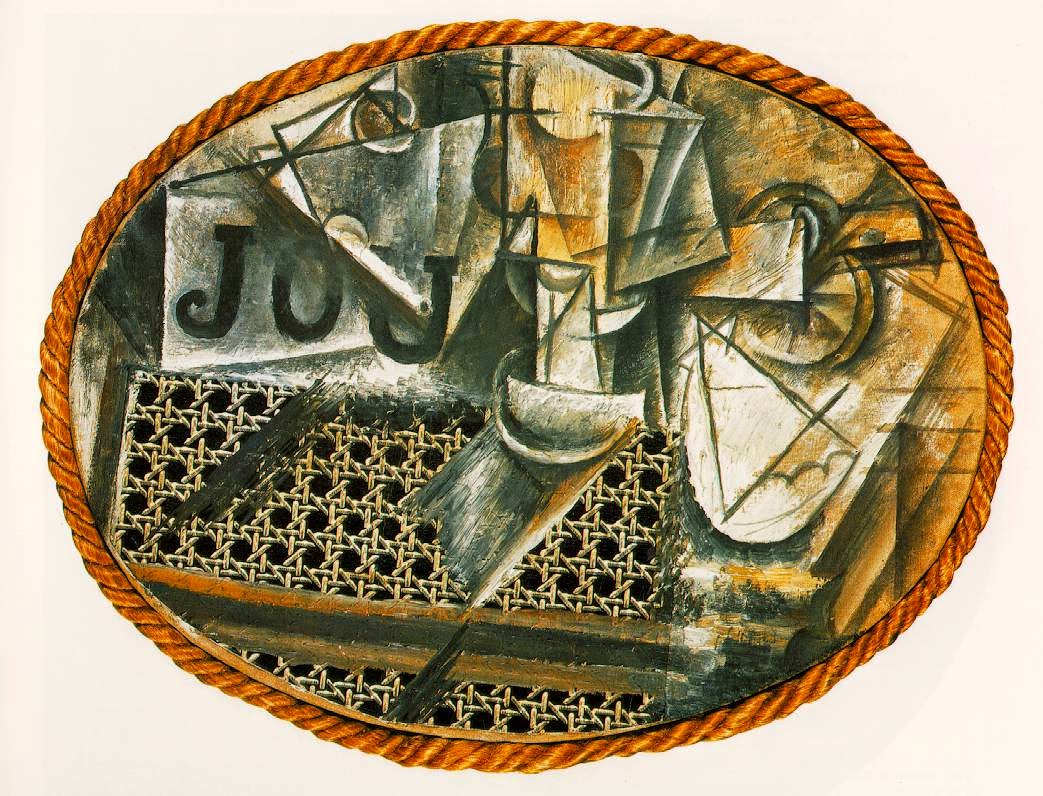 Picasso and Braque were the first to coin the term 'collage', which comes from the French word for glued paper, 'colle'. Picasso used collage in his oil paintings, fragments of news print which were meant to reference current events. No one is sure which of them was first to make a collage, but both began sometime in 1912. 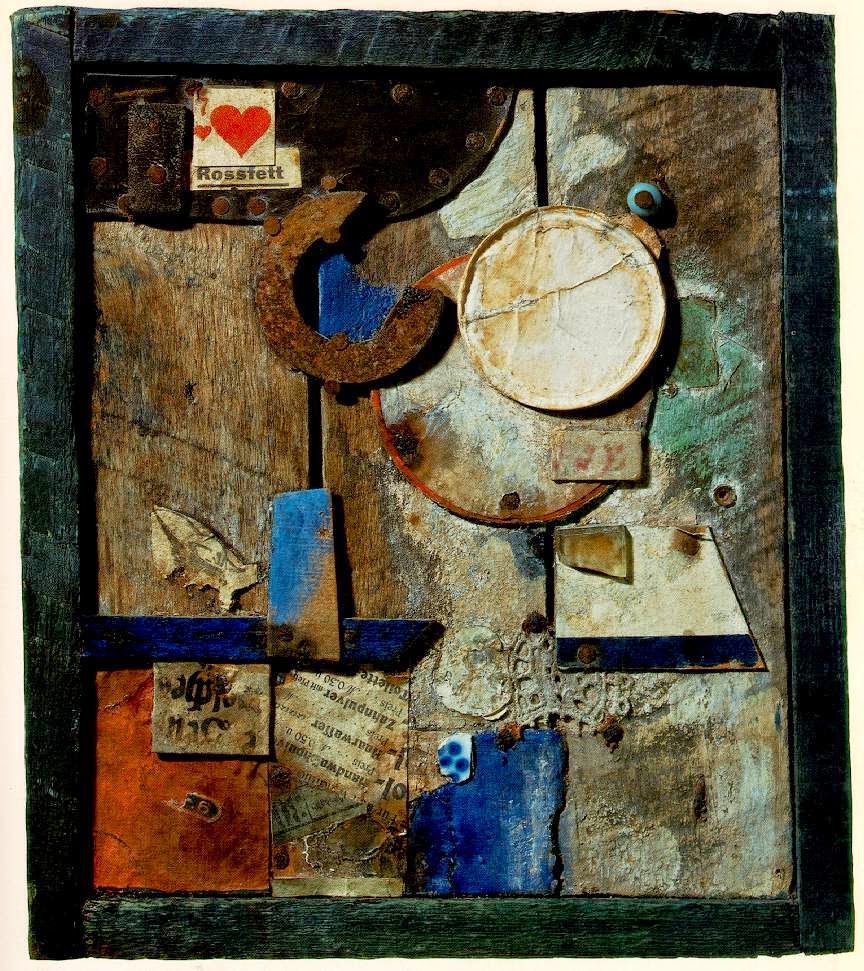 "[Kurt] Schwitters introduced the use of collage as a snapshot of the everyday. He integrated scraps of cardboard, bits of text, and ticket stubs found in the street, their juxtapositions emblematic of life’s chance encounters." (From Cut and Paste to Action Montage: 100 Years of Collage History) 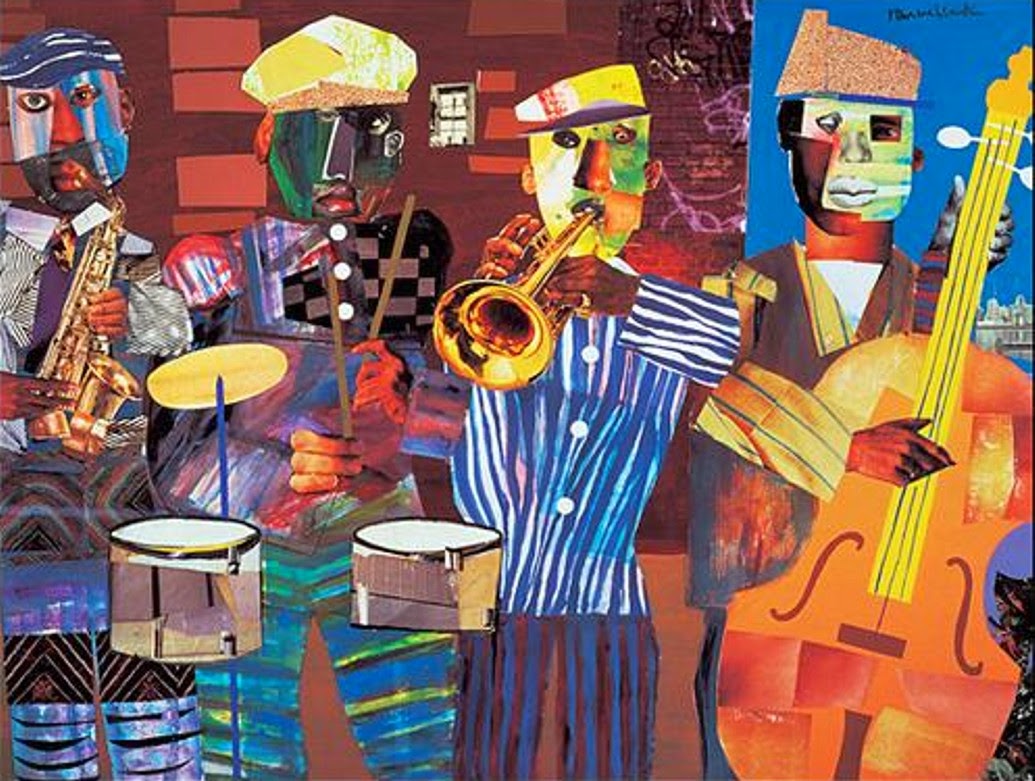 Romare Bearden was another artist who did much to advance the use of collage as a primary form of artistic expression. 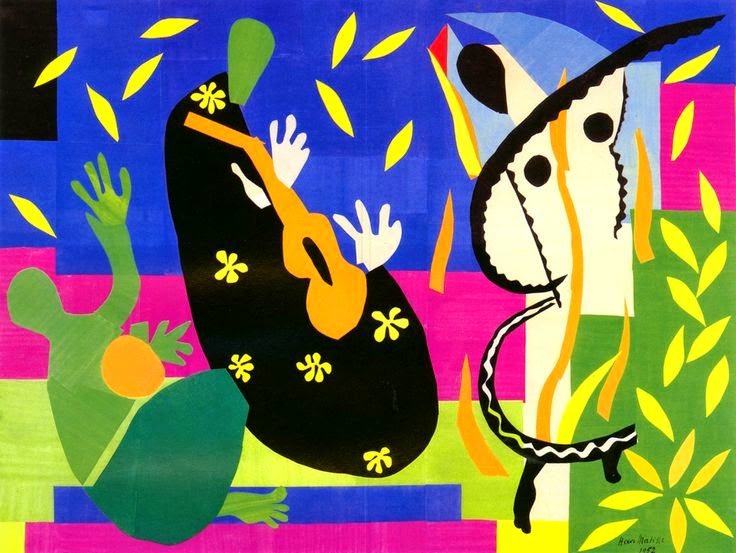 The great post-impressionist /fauve painter Henri Matisse did an entire series of collages when he was  confined to bed later in life due to poor health. These pieces were combined into a gorgeous book called Jazz. 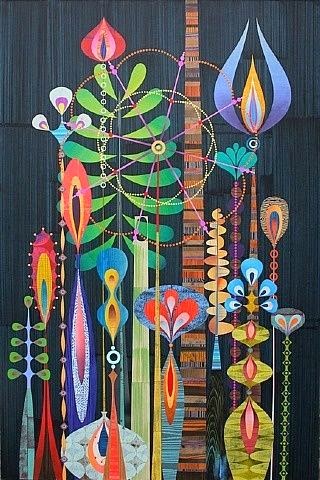 collage on linen by Rex Ray

Graphic designer Rex Ray sometimes uses collage to solidify designs before they are made into fabric, rugs, etc. 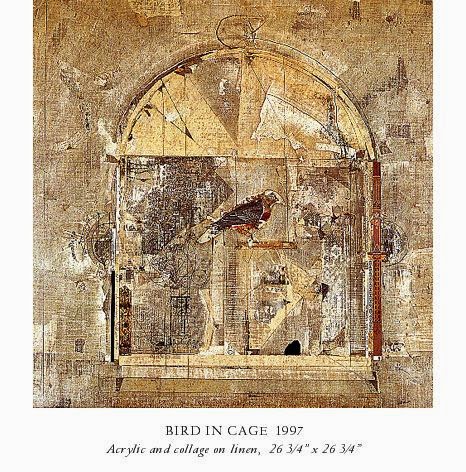 One of my favorite collage artists is Fred Otnes.  The link here leads you to a beautiful book about Otnes written by Jill Brossert, which I happen to own and highly reccommend. 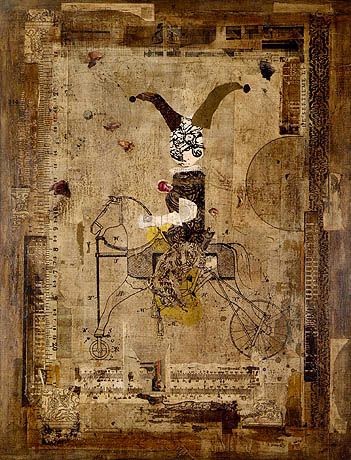 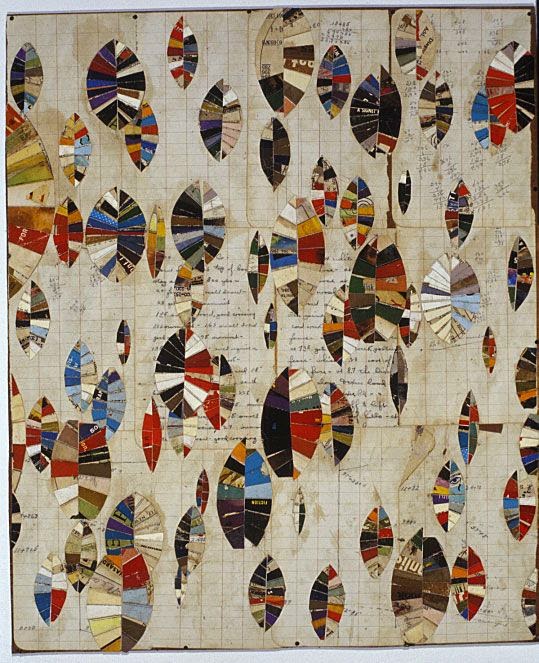 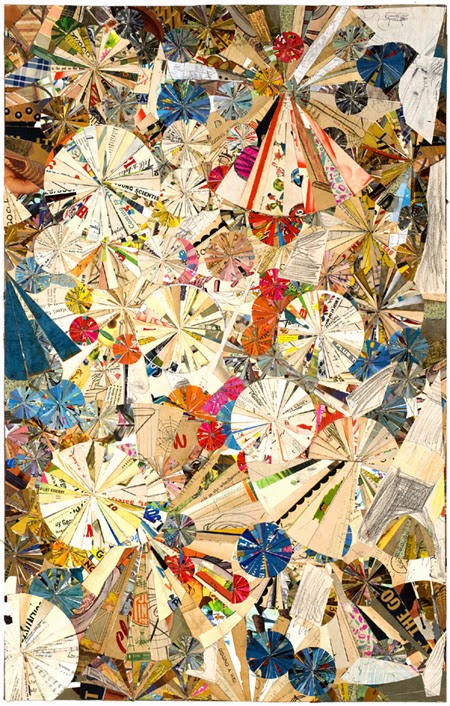 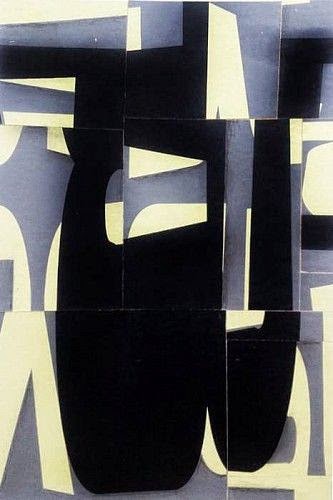 I love how Cecil Touchon  uses the positive and negative shapes of letters to form these gorgeous abstract compositions.

It is the function of art to renew our perception. What we are familiar with we cease to see. The writer shakes up the familiar scene, and, as if by magic, we see a new meaning in it.   ~ Anais Nin 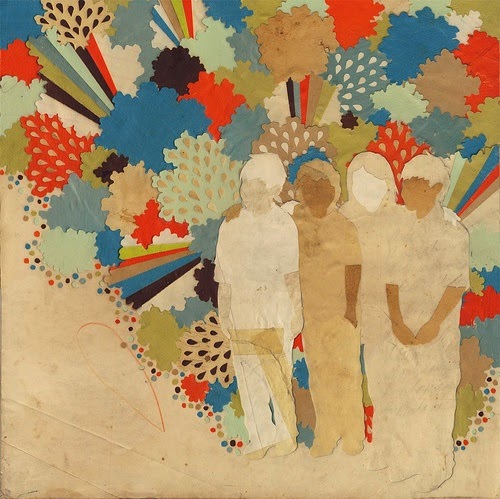 Hollie Chastain's work is so emotional and nostalic in mood. And, what is even more fascinating to me personally, she often uses old book covers as substrates. 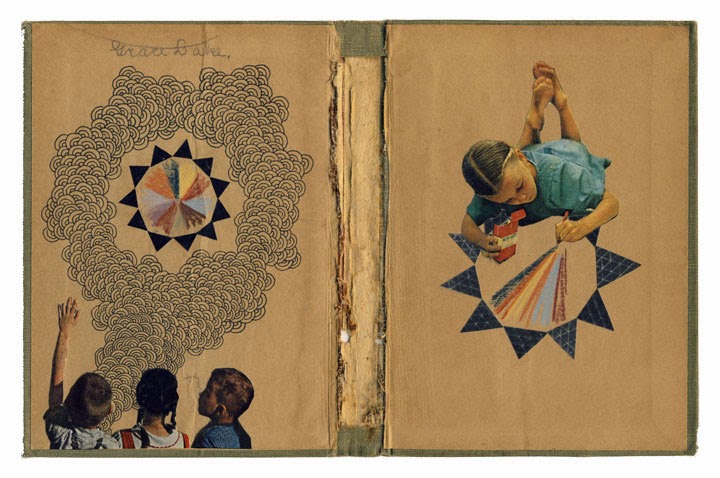 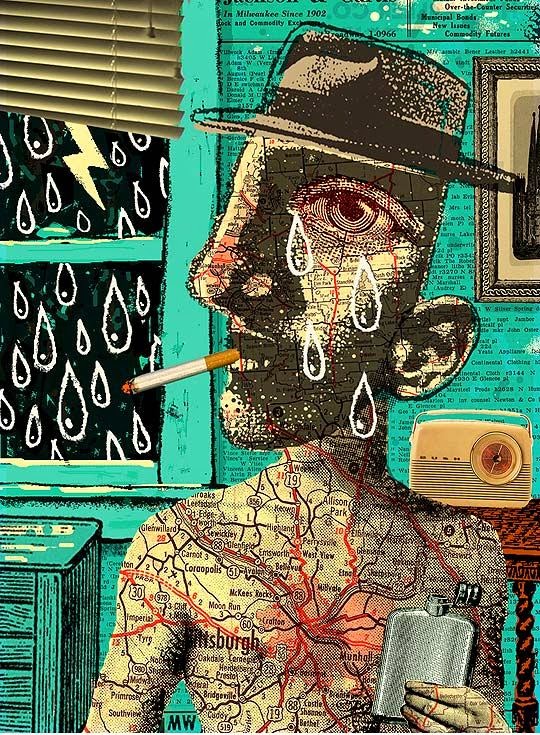 Michael Waraksa's detailed collages often incorporate maps - a material near and dear to my own heart. 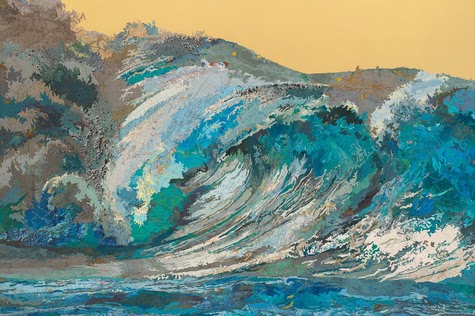 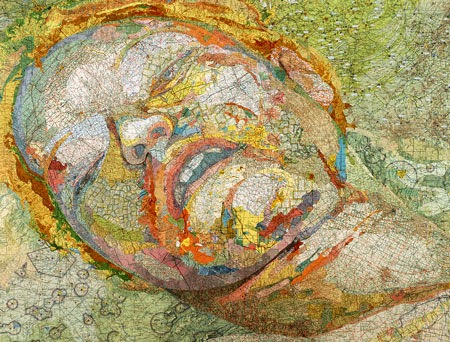 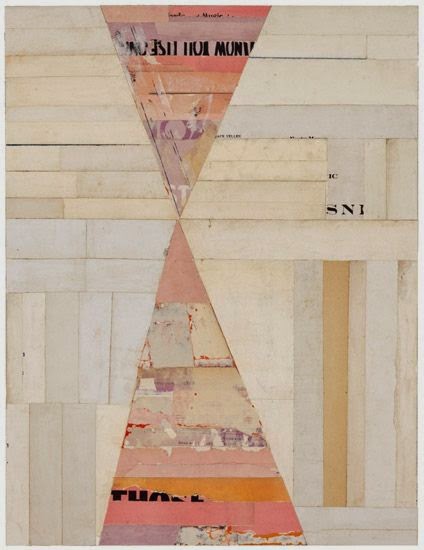 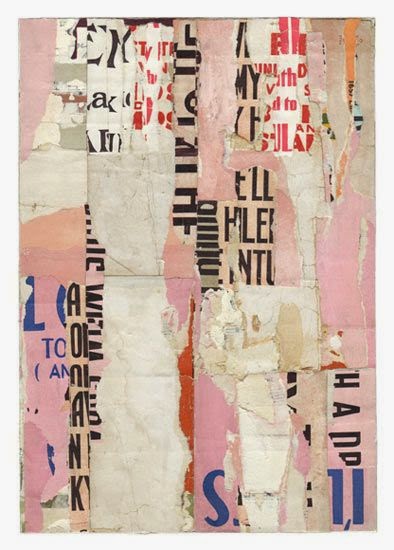 Parts of Speech 8 by Lisa Hochstein 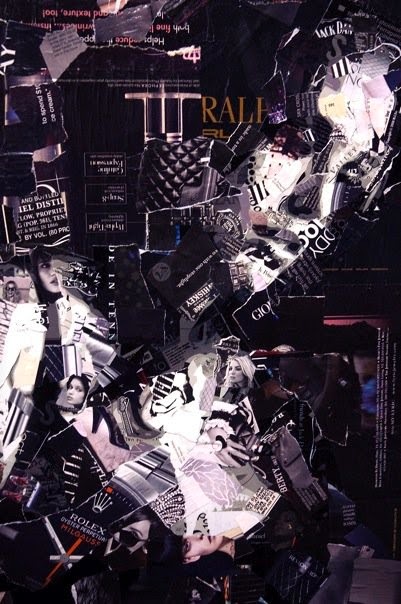 
Art, in itself, is an attempt to bring order out of chaos.   ~ Stephen Sondhiem

Of course, these are only a few of the many exciting and inspiring artists working in the medium of collage.  To see more brilliant collages by a wide variety of contemporary artists, try Randel Plowman's book, Masters Collage.  The Art and Craft of Collage by Simon Larbalestier provides a fascinating look at innovative collage techniques.  Another favorite of mine is Collage, Assemblage, and Altered Art: Creating Unique Images and Objects by Diane V. Maurer-Mathison; it has been a great source of inspiration for me. 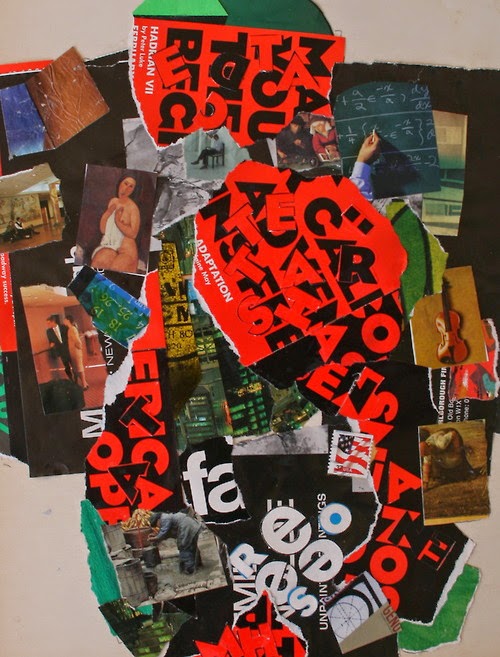 This video about 96 year-old collage artist Eunice Parsons is well worth watching; unfortunately, I could not get it to embed, but if you click on the link, you won't be sorry.  I so want to be 96 years old someday, sitting on the floor of my studio, ripping up and gluing paper!  What could be better than that?